I’ve been married for 15 years. Happily for 10 years. Unhappily for the last 5.  It was a little over 6 months ago when she came through the door and said the unthinkable words. “I want a divorce!”  It wasn’t working and it seemed as if it was never going to work. It felt like running into a brick wall at 100 miles per hour. Had my life ended?

She packed up her belongings and left. She wanted to take the kids, but I wouldn’t let her. But you see it isn’t that simple.

I found out that my wife was having an affair with my boss!

I would later find out that she had left me for another man. And that man turned out to be my boss. I love my job and I love my company. And in this economic climate, it was unlikely that I would find another job role that would suit my immediate needs. My boss is a powerful man, which didn’t help as well. Even though I didn’t want to leave the company that I was working for, I struggled to cope with the situation.

I didn’t want to lose or leave my job. But I also hated the awkward situation that I had been put into.

I was stuck between a rock and a hard place, and I didn’t know what I should do.

I wasn’t convinced that I should divorce my wife. I knew that we had trouble in our relationship, but I wanted to work through it rather than to get a divorce and call it a day. However she had initiated the divorce and it seemed as though things were irreparable.  Sometimes when life throws you a curveball, you just have to deal with it and move on. I would have to deal with the stigma of being that ‘divorced guy’.

Most men would be set on revenge.

They say that there is a thin line between love and hate — and going through a divorce will bring out both of those emotions. As a man, we cannot lose our cool. We must remain levelheaded and resist the urge to act out emotionally. This was even tougher for me as it was also my boss that I had to deal with. The best way to deal with the situation was to treat it like a business situation and restrain the emotional side and focus on the desired outcome that I wanted.

They say Men are the ones to blame for the high level of divorce.

They tell us to man up! And that is exactly what I did. After drowning my sorrows and pushing through the hurt and humiliation of the situation, the only person who was going to lose in the long run was me. I couldn’t try to get her back. That ship had sailed. And the awkwardness with my boss didn’t make things any easier.

Decide to make a change!

Being there for the kids.

My kids are my life. Despite the situation, we had to agree that we had the best intentions for the children. They shouldn’t get caught up in this situation. Dealing with the money and asset splits was messy, but everything was being done for my kids. But I had to keep in mind that we had to deal with it as a business with my kids reaping the rewards.

I also believe that things will always work out for the better over the long term. Although the situation didn’t turn out well initially, I’ve since moved on and have received a promotion in my job, my relationship with my ex-wife is amicable enough for my kids to have a relationship with both parents, and I have also moved on in love to a lovely lady in my life. 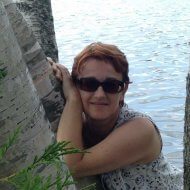